Gaming on a PC is great because you get the best of all worlds — you can use almost any gaming peripheral you can think of, including a controller. Thanks to the numerous multi-platform games available today, odds are you’ll encounter a PC game better suited for this input method. For example, it’s not much fun playing Mortal Kombat 11 or Dark Souls III on your keyboard. That’s why it’s always best to keep PC game controllers handy.

The good news is that there’s a wide choice of controllers to pick from. Whether you want a budget-friendly or high-end controller, there’s something for everyone. Here are the best PC game controllers you can buy right now.

When it comes to buying the best PC controller, there are a few factors to consider. However, it all boils down to your budget. The ideal budget to get the most bang for your buck with PC controllers is between $50-$70. Many of the best controllers, including the Xbox Wireless Controller and the PlayStation DualSense, lie in this price bracket. So if all you want is a solid controller without too many bells and whistles, that’s the way to go.

As the price increases, you get more and more features. These include additional controls like extra pedals at the back, touch-sensitive controls, and RGB.

Apart from the budget, it’s also important to consider the battery life and charging mechanism. Some controllers have an internal battery and charge via USB or a dock, while some others use standard AA batteries. You may have to get rechargeable AA cells for the latter, along with a charger.

The size of the controller, as well as the layout, may also be important to you, so make sure you’ve checked those aspects before you make a purchase. As far as compatibility goes, you shouldn’t have any issues, but you can still check if the controller works well with your favorite games before you buy one.

Editor’s note: We will update our list of the best PC game controllers as new controllers launch.

By most accounts, Microsoft hit a home run with the Xbox 360 Wireless Controller. It makes sense, then, for the company to keep the design generally intact for the newer Xbox Wireless Controller, and make a few tweaks where it counts.

Overall, the Xbox Wireless Controller is an excellent choice. The size isn’t too small or too large, the triggers are great, and even the D-Pad gets some shine if you’re into retro games. If we had to make one small complaint, it would be that the face buttons are a bit on the mushy side.

The Xbox One Wireless Controller is an affordable and reliable choice.

Those who like the design, ergonomics, and reliability of the Xbox Wireless Controller but need a step up in their game will love the Xbox Elite Wireless Controller Series 2. It’s significantly more expensive than the base version and comes with some tweaks serious gamers will enjoy. These include adjustable-tension thumbsticks, interchangeable components, support for custom profiles, enhanced voice commands, and improved 40-hour battery life. It also looks better!

The PlayStation 5 came with an all-new design, so it comes as no surprise to see the controller getting a touch-up too. It’s sleek, clean, functional, and can be a great PC controller. It has all that you can expect from a good controller: wireless connectivity, a built-in battery, haptic feedback, adaptive triggers, a motion sensor, and more. Granted, not every feature will work on Windows, and you might have to jump through certain hoops to use this unit as a PC controller properly, but support continues to grow, and it’s still a great PC controller.

The Logitech Gamepad F310 is one of the cheapest entries on our list. You can buy multiple of these for the same price as most of the other controllers in this list. That doesn’t mean there aren’t some bells and whistles you will love, however.

Because of its plug-and-play nature, the F310 works with most PC titles, and you need to do little to no tinkering to get gaming. Those who want to get fancier can use Logitech’s Profiler software to customize the buttons and overall controls. It’s even possible to mimic keyboard and mouse commands. This makes this PC controller one of the most versatile at this price point.

Its buttons are quite responsive too, although their layout will appeal more to retro gamers and those coming from PlayStation. However, the small size and ergonomic shape of the Logitech Gamepad F310 make it ideal for those with smaller hands. Regardless, it’s the best budget PC game controller you can buy.

One of the best parts about the Steam PC controller is TV integration. It’s easy to support just about any title from your Steam library, even the ones that weren’t made with TV in mind. You can connect the controller to your PC over Bluetooth or with the included USB wireless adapter.

Each trackpad and button has been carefully placed with ease of use as well as frequency in mind. It may not have the most conventional layout, but it’s been well planned. Its price tag is a bit higher than some other entries on our list, but the Steam controller is one of the best PC game controllers regardless.

For the most part, the Razer Wolverine Ultimate looks just like an Xbox Wireless Controller that frequently visits nightclubs. Razer’s trademark Chroma lighting is on full display around the Xbox button, with the D-Pad displaying a backlit green.

If you don’t care about the flashy lights, it’s the customization that will keep you around. You can swap analog sticks with shorter or taller ones, as well as swap the D-Pad, bumpers, and triggers. You can even download the Razer Synapse app for PC, remap the buttons and triggers, change the analog stick sensitivity, and adjust the vibration intensity.

Nevertheless, the Razer Wolverine Ultimate is an overkill controller with a price to match. This makes it a more niche choice best suited for those who play most of their favorite titles with a PC controller.

The Steelseries Stratus Duo has been around since 2019, but a good PC controller transcends the test of time well. This one is still a great option for those looking for good build quality, great ergonomics, and versatility. It can be used with Windows using either Bluetooth, a 2.4GHz wireless dongle, or a cable. Additionally, it works great with Android and is VR-ready. It’s also Steam-enabled, which is convenient considering it’s one of the most popular PC gaming platforms around.

Battery life is pretty good, even when compared to newer gamepads. It can last over 20 hours on a single charge and charges via micro-USB. Prices have also started going down, and it can be easily found for under its $60 MSRP.

No, we’re not crazy: the Nintendo Switch Pro Controller is a great option for PC gaming.

If you’re playing with a wired connection, all you have to do is plug in the controller to your PC. No extra steps are necessary. As for wireless play, things aren’t as straightforward. Sticking to Steam means the Pro Controller is recognized as an Xbox One controller. However, you’ll need the 8Bitdo Wireless USB Adapter if you intend to play games outside of Steam.

Regardless of how you use the Pro Controller, Nintendo’s peripheral is a good one. The heft is reassuring, the offset analog sticks are fantastic, and the D-Pad is great for retro titles. We wish the triggers had a bit more actuation, and the D-Pad could have more click to it. But those are nitpicks for what is an excellent controller.

The 8Bitdo SN30 Pro Plus looks like something from the SNES era, yet it works just like a modern PC controller. That means you get a dual analog setup, face buttons, a direction pad, triggers, and four additional buttons for Start, Select, Home, and Capture. Yes, the button layout makes the SN30 Pro Plus a great controller for the Nintendo Switch.

However, it’s also a great PC game controller with a significant calling card: flexibility. In addition to the Switch, the SN30 Pro Plus works with Windows, Android, macOS, Steam, and even Raspberry Pi. The controller also supports the 8Bitdo Ultimate Software, which lets you remap the buttons, set macros, and adjust the sensitivity of the analog sticks and triggers.

Its slim form factor combined with its relatively affordable price tag sealed the deal for us. The 8Bitdo SN30 Pro Plus is one of the best PC game controllers you can buy. Especially if you’re the nostalgic kind.

Feeling truly nostalgic? This one will take you right back to the arcade times! We thought we’d add something a bit more fun for the last entry to this list of the best PC controllers. The 8Bitdo Arcade Stick has a fight stick and customizable buttons on a flat surface. Additionally, there are a couple of dedicated macro buttons and turbo functionality.

While it looks old school, the 8Bitdo Arcade Stick PC controller has plenty of modern features. These include Bluetooth, 2.4GHz wireless dongle connectivity, and a 1,000mAh battery. It’s also compatible with Nintendo Switch and Windows, so you aren’t limited to a single platform.

Q: Are Bluetooth controllers good for gaming?
A: Yes. Bluetooth has come to be the go-to connection for gaming controllers, providing a solid balance of reliable connectivity and power consumption.

Q: Are wired controllers better for gaming?
A: The latency difference isn’t a strong factor anymore, so wired and wireless controllers are pretty much the same for gaming. However, wired controllers don’t have the inconvenience of charging up the controller, which may be an acceptable trade-off for some folks that don’t mind a wired connection.

Q: Are Scuf gaming controllers worth it?
A: Scuf makes some pretty expensive controllers, putting them in the premium tier. If you want to spend that much and want a good-looking controller, then a Scuf controller is worth considering.

Q: What are the best batteries for gaming controllers?
A: There are a ton of options here, but any rechargeable AA batteries with a higher capacity than average should be good for you. Our favorites are Panasonic Eneloop Pro and EBL 2800mAh AA batteries.

Q: Are controllers better for gaming?
A: This is a completely subjective thing, and depends upon your preference, skill, and style. Some games, like racing, will be easier with a controller, while others, like shooters, may have a significant learning curve. 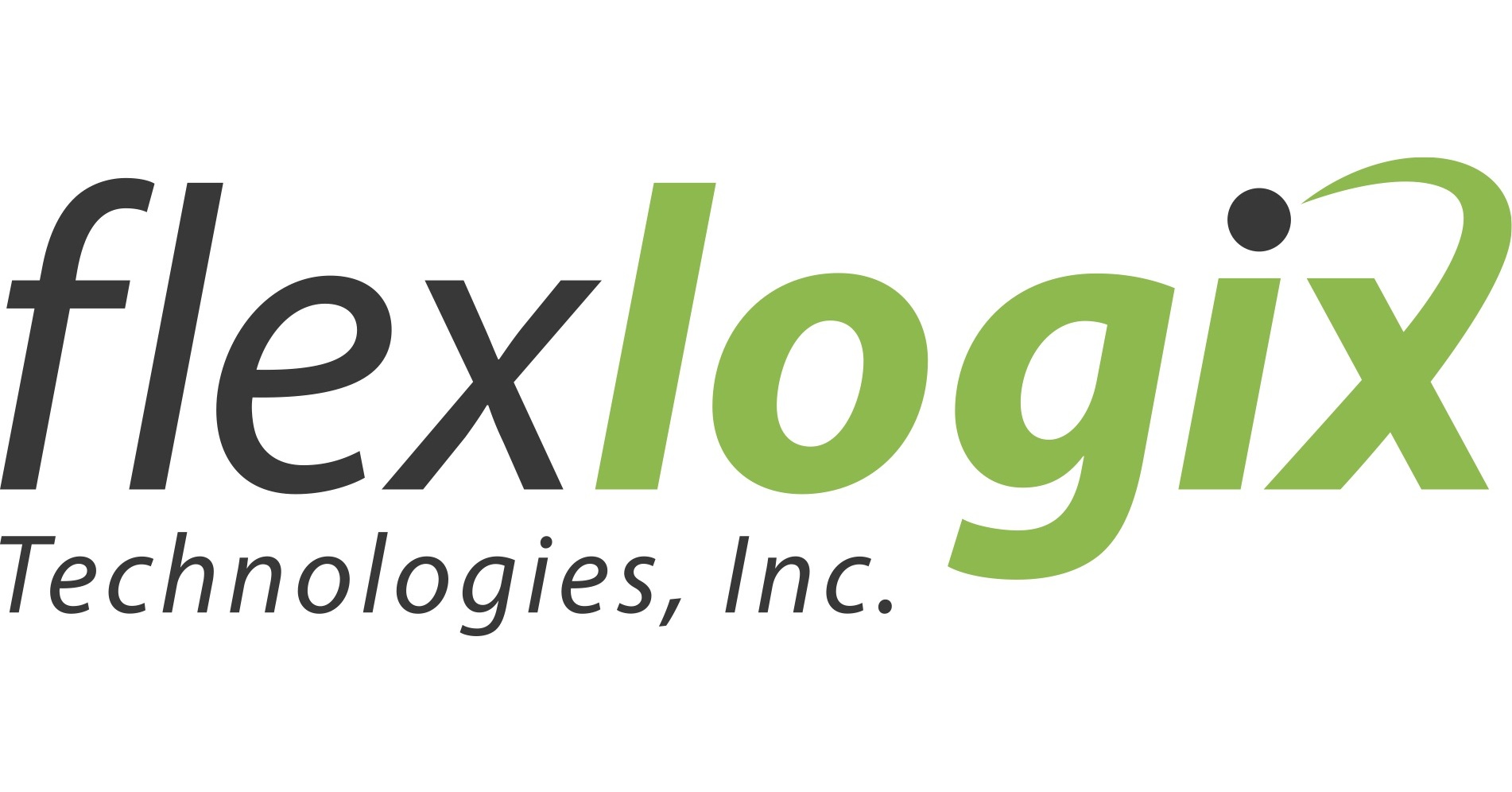